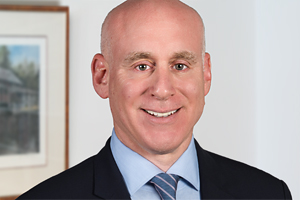 Is Your Commercial Lease Boat Ready for a Condemnation Storm?

Ambiguous Condemnation Clause – A Faulty Life Jacket
Ideally, the Condemnation Clause in a commercial lease will provide clear guidance for the landlord and tenant in the event the property faces eminent domain before the lease expires.  What is the difference between condemnation and eminent domain you may ask?  While “eminent domain” is the constitutional power of the government to take all or a portion of a privately owned property for public use in exchange for just compensation, “condemnation” is the term used for the act of exercising that power, the process of the taking itself.  Unfortunately, not all Condemnation Clauses are clearly drafted, leaving landlords and their tenants to litigate over the ambiguities, where they could otherwise be working together to weather the storm.  Taking an adversarial position to resolve ambiguities is costly, time-consuming and can take a toll on valued long-standing business relationships.  Better to have condemnation contingencies clearly framed at the outset of the lease.

Condemnation Triggers Lease Termination – Don the Life Jacket
The primary guidance the Condemnation Clause provides landlords and tenants is to affirm the circumstances under which condemnation triggers the lease’s termination; whether the lease will terminate only by a complete taking or also by a partial taking of the property. The Condemnation Clause should also define the apportionment of the just compensation proceeds, if any, between the landlord and tenant.  Regardless of whether the tenant is entitled to a share of any proceeds under the lease, the government will still pay the tenant’s relocation expenses, including a portion of the tenant’s resulting increased rent at a comparable new location.  The tenant may also be compensated for certain improvements (fixtures) to the property the tenant installed, but cannot relocate to a new space.

Complete or Partial Takings – The Type of Storm Matters
The complete taking of a property through eminent domain will terminate a tenant’s leasehold interest in the property, just as it will terminate the landlord’s ownership interest.  A Condemnation Clause will provide how the compensation paid by the government will be allocated between the landlord and tenant.

If only a portion of a property is taken, a good Condemnation Clause will state whether either the tenant or landlord may terminate the lease and under what circumstances.  The partial taking may only impact property value, or it could render the property unable to function as currently used, thus triggering lease termination.  A partial taking scenario raises many challenging questions that a thoughtfully-drafted Condemnation Clause should address, including:  Will the lease continue if there is a partial taking, or will even a partial taking trigger automatic lease termination, making it indistinguishable from a complete taking?  Will the lease continue at the landlord’s option, or will the tenant get to decide whether to continue based upon its own assessment of whether its use of the property is significantly impaired?  Will there be a pre-agreed rent abatement as incentive for the tenant to remain, or perhaps a pre-agreed apportionment of the just compensation proceeds between the landlord and tenant?

Prepare For the Storm Before It Comes
Hopefully the message is clear – if a condemnation storm hits your property, a Condemnation Clause is as imperative to a lease as life jackets are to a boat.  However, having one in your lease is not enough; you must also ensure that it is unambiguous and that it adequately addresses the challenging questions raised in the event of a taking.

Because of the competing interests between a landlord and tenant, the terms and conditions of Condemnation Clauses vary widely.  What is important is that the impact of a future condemnation be considered when the lease is negotiated.

James (Jamie) Roth is an associate in Miller, Miller & Canby’s Litigation Practice Group where he concentrates his practice on real estate litigation with a focus in eminent domain, as well as business and commercial litigation.

Whether you are a landlord or a tenant, contact Jamie Roth at 301-762-5212 to discuss your Condemnation Clause, or if you have learned that the government may be taking all or a portion of your property. For more information on Miller, Miller & Canby’s Eminent Domain and Condemnation Law Practice and representative cases, click here.